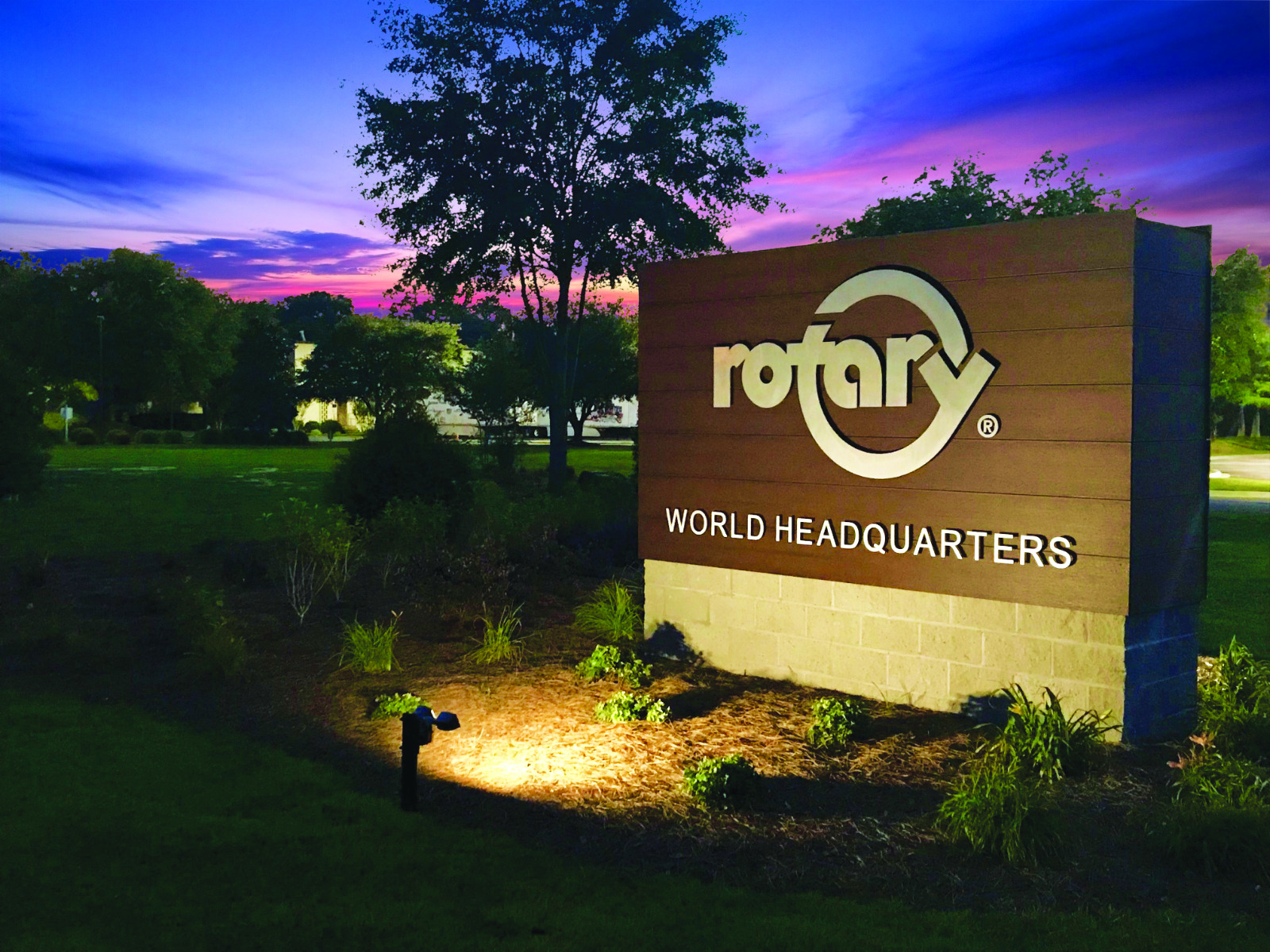 For more than 65 years ROTARY is a world class manufacturer and distributor selling to customers in over 70 countries worldwide.

Our aim is to continue to introduce new and improved products for the increased success of our industry - The Green Industry.

1969  First warehouse constructed on site of a former drive-in movie theater near Glennville.

1994  ROTARY’s blade manufacturing facility becomes the first of its type in the world to receive certification under the ISO 9000 Quality Standard.

1997  Bill Nelson named chairman of the board and Ed Nelson elected president/CEO.

2015 Major expansion and upgrade of shipping and fulfillment operations in Glennville.

2018 Reached another milestone with next day delivery to nearly 85% of customers in the continental U.S.

In 2018 ROTARY Corp. established new European Headquarter in Zweibrücken (Germany)
to better serve customers throughout all European countries, Middle East and Northern Africa.
Having key functions like customer care and parts-distribution in Europe means:
increasing convenience, more support and reduction of lead-time for our customers.

ROTARY Europe also has a product management team that is constantly searching for items specific to the European markets.
If you have a proposal for an item we do not currently carry or if you have questions about our products, please contact: info@rotaryeurope.eu